The Russian Federation is involved in at least three continents (Europe, Asia, Africa) where it owns military facilities. Their infrastructure in foreign territories includes airports, bases, proving grounds, radar stations and navy installations. The process of expanding the military potential has begun in the previous century but strategic investments and contract extensions are being undertaken nowadays. The Russian Federation is aware that global rivalry is unlimited and that the key to maintaining the status of a world power is constant, intensive and unconventional use of influence in several regions at the same time. Only such a strategy makes it possible to enter into negotiations in a privileged position.

While the reality of the Cold War allowed Russia to have an unlimited military presence, primarily in its own spheres of influence, after 1991 the Kremlin was forced to leave bases and strategic facilities in various parts of the world — from Cuba to Vietnam. In Europe this resignation was parallel to the loss of Russian influence and the withdrawal of Russian troops from the former Eastern Bloc countries and some post-Soviet republics. Military degradation was taking place in those bases that were not defunct. Their main function in this period was to mark the Russian sphere of influence, and therefore to be a tool of political involvement and pressure on local authorities, as well as an element preventing NATO’s further expansion into the post-Soviet area.

Military facilities abroad are an element of international competition and a manifestation of superpower ambitions. It is also a proof that the country still takes part in the global game, not staying behind the U.S. or China. The Russian Federation is trying to maintain its influence in the former U.S.S.R. territories and is constantly seeking opportunities to increase its military potential in Asia and Africa, which would enable the development of cooperation with countries in these regions — not only of a military, but also political and economic nature.

The report is a subjective analysis of the military infrastructure of the Russian Federation in selected regions. Countries belonging to the Collective Security Treaty Organization and the former Eastern Bloc were particularly taken into account. In their deliberations, the authors do not raise the issue and do not assess international armed conflicts, Russia’s participation in foreign military missions, relations between particular countries, the use of private military companies or investments by Russian state-owned companies. The report aims to analytically show the military infrastructural potential of the Russian Federation in connection with the international security situation. In addition, the active political and military involvement of the U.S.A., France and China in several continents at the same time is an important element contributing to the expansion of Russia’s military potential.

Dr Agnieszka Rogozińska – Member of the Program Board at the Institute of New Europe. Doctor of social sciences, assistant professor at the Department of National Security of the Jan Kochanowski University of Kielce. Intern at the Polish Library in Paris, the Polish Institute and Sikorski Museum in London, as well as the LUMSA University in Rome and the University of Córdoba. Author and scientific editor of several monographs, author of several dozen articles on the discipline of security science. Her research interests focus on Euro-Atlantic security issues, the institutional dimension of security and contemporary security threats.

Aleksander Ksawery Olech – Specialist in the field of security and international relations. Director of the European Security Programme at the Institute of New Europe. PhD candidate in security sciences at the War Studies University in Warsaw. He gained research experience at the Université Jean Moulin III in Lyon, the Institute of International Relations in Prague, and the Institute of Peace Support and Conflict Management in Vienna. Scholarship holder of the OSCE & UNODA Peace and Security Program and of the Casimir Pulaski Foundation. His main research interests are terrorism, international cooperation for security in Eastern Europe and the role of NATO and the EU in the environment of hybrid threats.

IF YOU VALUE THE INSTITUTE OF NEW EUROPE’S WORK, BECOME ONE OF ITS DONORS!

Funds received will allow us to finance further publications.

You can contribute by making donations to INE’s bank account: 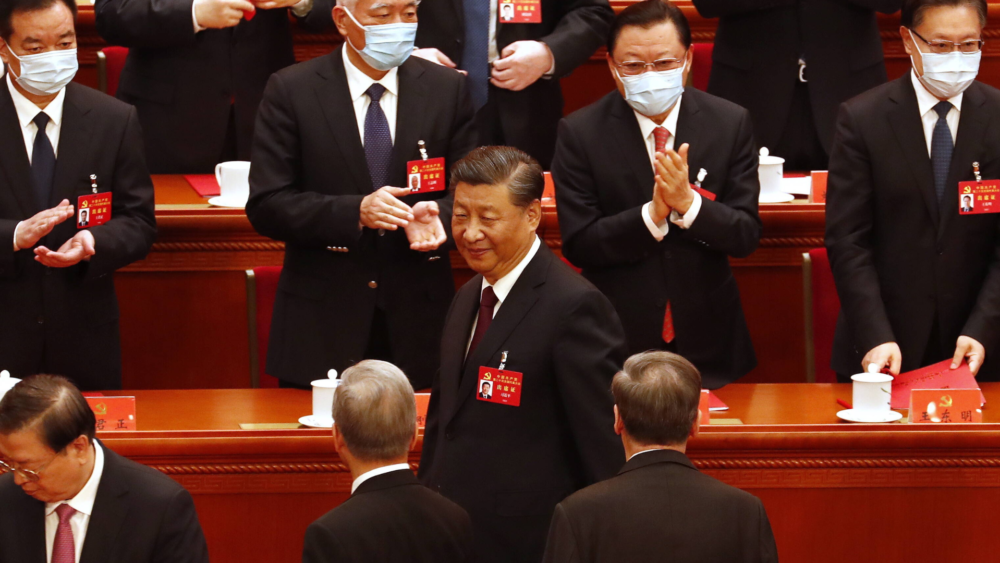 From the perspective of Taiwan, a de facto independent sovereign state which continues to exist in the shadows of an… 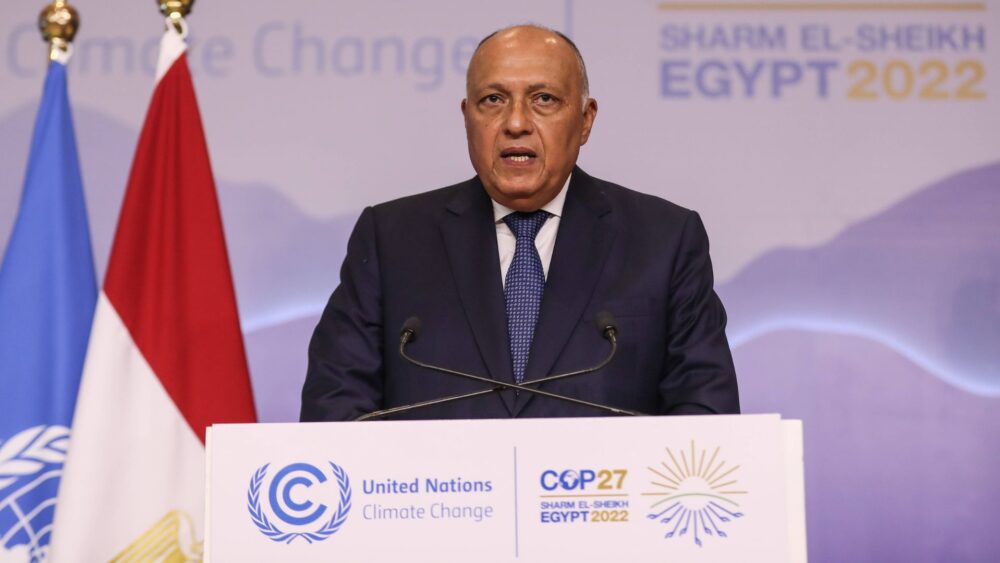 Lost and damaged: the geopolitics of belatedly tackled climate and biodiversity adaptation

The 2022 COP conferences in Sharm el-Sheikh and Montreal were, depending on who you ask, either regrettable or no short… 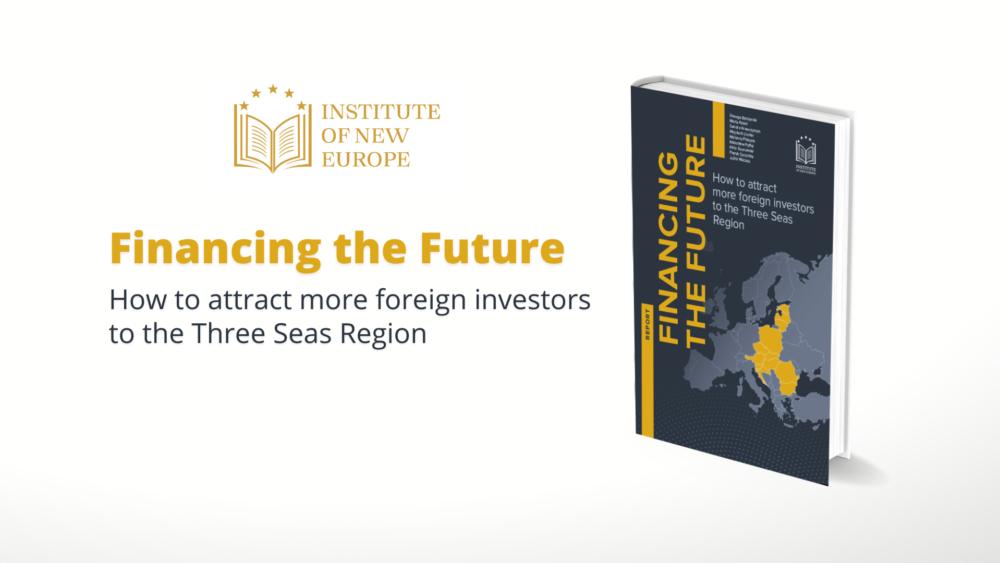 “Financing the Future. How to attract more foreign investors to the Three Seas Region” [Report]

Aleksander Olech, PhD. Visiting lecturer at the Baltic Defence College. Graduate of the European Academy of Diplomacy and War Studies University. He has undertaken research at several international institutions, among others, the Université Jean Moulin III in Lyon, the Institute of International Relations in Prague, the Institute for Peace Support and Conflict Management in Vienna, the NATO Energy Security Centre of Excellence in Vilnius, and the NATO Centre of Excellence Defence Against Terrorism in Ankara. Scholarship holder of the OSCE & UNODA Peace and Security Programme, the NATO 2030 Global Fellowship, and the Casimir Pulaski Foundation. His main research interests include terrorism, international cooperation for security in Eastern Europe and the role of NATO and the EU with regard to hybrid threats.

Programme director. Graduate of PhD studies in Political Science at the University of Wroclaw and Master studies in International Relations at the Jagiellonian University in Krakow. President of the Management Board at the Institute of New Europe.

Chairman of the Institute's Programme Board. Doctor of Economic Sciences at the SGH Warsaw School of Economics. Expert in the field of public policy, including state and economic strategies. Expert at the National Centre for Research and Development and the Digital Poland Projects Centre.

He specializes in relationship of sports and politics. Author of analysis, comments and interviews in the field of sports diplomacy and international politics. Former Polsat News and Polish Television’s foreign desk journalist.

Expert on migration, economics and politics of Mediterranean countries. In the period of 2018-2020 PISM Analyst on Southern Europe. Author of various articles in Polish and foreign press about Spain, Italy, Greece, Egypt and Maghreb countries. Since September 2020 lives in North Africa (Egypt, Algeria).

Graduate of Law at the University of Silesia. His research interests focus on the Three Seas Initiative and politics in Bulgaria. He acquired experience at the European Foundation of Human Rights in Vilnius, the Center for the Study of Democracy in Sofia, and in Polish embassies in Tehran and Tbilisi.

Programme director. Visiting lecturer at the Baltic Defence College, graduate of the European Academy of Diplomacy and War Studies University. His main research interests include terrorism, international cooperation for security in Eastern Europe and the role of NATO and the EU with regard to hybrid threats.

Member of the Institute's Programme Board. Doctor of Social Sciences in the discipline of Political Science. Editorial secretary of the academic journals "Politics & Security" and "Independence: journal devoted to Poland's recent history". Her research interests focus on security issues.

PhD candidate at the Faculty of Social Sciences in the University of Wroclaw, the President of the Polish National Associations of PhD Candidates in 2020. The author of dozen of scientific papers, concerning security studies, political science, administration, international relations. Laureate of the I, II and III International Geopolitical Olympiad.

Reserve non-commissioned officer. Master's degree student in International Security and Diplomacy at the War Studies University in Warsaw, former trainee at the National Security Bureau. His research interests include issues related to UN peacekeeping operations and the security of Ukraine.

A second-degree student at the University of Warsaw, majoring in international relations. A journalist of the Polish language edition of Belsat. Interested in the post-Soviet area, with a particular focus on Russian internal politics and Russian doctrines - foreign, defense and information-cybernetic.

Programme director. Deputy President of the Management Board. Scholarship holder at the Daniel Morgan Graduate School of National Security in Washington and an expert in the field of international relations. Graduate of the University of Warsaw and the Nicolaus Copernicus University in Toruń

International lawyer, Doctor of social sciences, postdoctor at the Faculty of Law, University of Bergen, Norway. She was a scholarship holder of the New Zealand government at the Victoria University of Wellington, Institute of Cultural Diplomacy in Germany, Institut de relations internationales et stratégiques in France.

Master of International Relations at the Jagiellonian University in Krakow. He also studied Arabic therein. An analyst at the Center for International Initiatives (Warsaw) and the Institute of New Europe. Research interests: United States (mainly foreign policy), transatlantic relations.

Three Seas Think Tanks Hub is a platform of cooperation among different think tanks based in 3SI member countries. Their common goal is to strengthen public debate and understanding of the Three Seas region seen from the political, economic and security perspective. The project aims at exchanging ideas, research and publications on the region’s potential and challenges.

The BSF promotes the security and defense of the Baltic Sea region. It gathers security experts from the region and beyond, provides a platform for discussion and research, promotes solutions that lead to stronger regional security in the military and other areas.

The Institute analyses important economic, political, and social areas that affect today’s society. The mission of the Institute is to cultivate the Czech political and public sphere through professional and open discussion.

The Institute aims at improving Hungarian public life and public discourse by providing real data, facts and opinions based on those. Its primary focus points are Hungarian youth, media policy and Central European cooperation.

The wiiw is one of the principal centres for research on Central, East and Southeast Europe with 50 years of experience. Over the years, the Institute has broadened its expertise, increasing its regional coverage – to European integration, the countries of Wider Europe and selected issues of the global economy.

The Institute strives to address the most topical issues of the day and promote dialogue, public engagement, and a common understanding to ensure a holistic approach to conflict resolution and a durable peace. The IIP functions as a platform to promote peace and non-violent conflict resolution across the world.

The IRIS initiates, develops and implements civic strategies for democratic politics at the national, regional and international level. The Institute promotes the values of democracy, civil society, freedom and respect for law and assists the process of deepening Bulgarian integration in NATO and the EU.

EIR is a public institution whose mission is to provide expertise in the field of European Affairs to the public administration, the business community, the social partners and the civil society. EIR’s activity is focused on four key domains: research, training, communication, translation of the EHRC case-law.

The Institute is an advisory and analytical non-governmental organisation active in the fields of international politics, international security and economics. The Institute supports policy-makers by providing them with expert opinions, as well as creating a platform for academics, publicists, and commentators to exchange ideas.

THE MOST POPULAR TAGS: